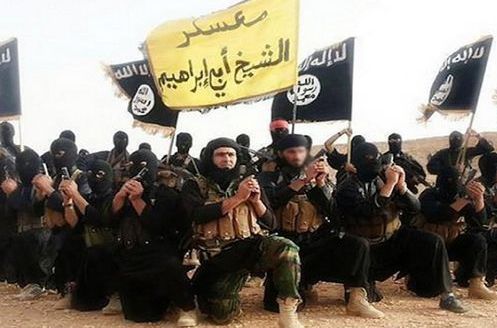 New attacks of the international coalition against the jihadists in Syria

The United States and a group of Arab countries, mainly from the Gulf, began to conduct airstrikes against positions of the jihadists in Syria on the 23rd of September

On the night of Sunday to Monday, the international anti-jihadist coalition led by the USA conducted new attacks on grain silos and on other targets controlled by the Islamic State (IS) in northern and eastern Syria, killing civilian workers and injuring militants, announced the Syrian Observatory for Human Rights (SOHR), according to AFP and Reuters.

The attacks took place in the Raqa province, stronghold of the Islamic State, and in the Aleppo province (north); the attacks mainly targeted a control point of the IS around the town of Raqa, according to SOHR.

The air force probably confused the mills and grain storage areas in the city of Minjep of the Aleppo province, with an Islamic State base, stated SOHR.

The IS base from this town, one of the few still controlled by the jihadists in this province, was also targeted on Saturday by the international coalition’s raids.

However, on Sunday night, the coalition’s forces attacked the main Syrian gas complex, which was in the hands of the Islamic State group. According to SOHR, this attack aimed to force the jihadists to abandon the facility.

If the Conoco plant would cease to operate, several provinces, including Deir Ezzor, would be deprived of electricity, the NGO estimated.

The United States and a group of Arab countries, mainly from the Gulf, began to conduct airstrikes against positions of the jihadists in Syria on the 23rd of September, a month and a half after the onset of the American attacks against the IS in Iraq on the 8th of August.