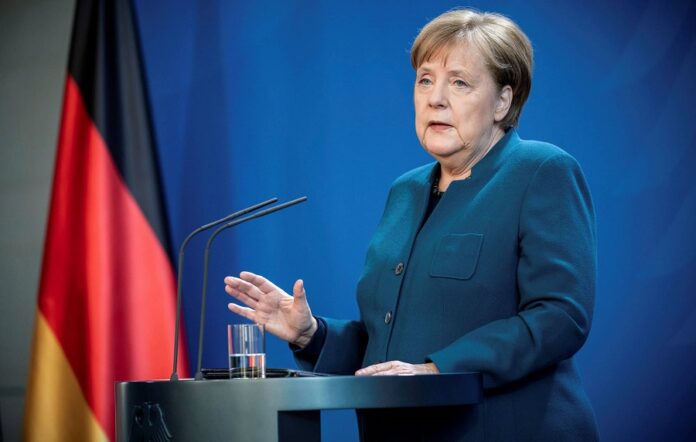 German Chancellor Angela Merkel called on the European Union to coordinate rules for travellers from areas with outbreaks of Covid-19 variants as the risk of a renewed spike in infections remains, according to Bloomberg.

“We’re still treading on thin ice,” Merkel said Thursday in a speech to parliament and likely to be her last major addresses to lawmakers after 16 years as Chancellor.

While Germany’s infection rates have declined steadily for weeks, Merkel has raised concern in recent days about the delta variant. She has called for Germany’s quarantine measures to be imposed across the bloc.

The variant, first detected in India, has sent health care officials across Europe scrambling to respond, with some countries rethinking ambitious plans to reopen their economies.

Merkel was addressing lawmakers before heading to Brussels, where EU leaders gather later for a two-day summit to address the pandemic response and other issues, including foreign policy.

“In Europe, we can be cautiously optimistic, not only in Germany and all European countries. (…) The pandemic is not over – certainly not in the poorest nations of the world. Risks remain as long as many countries struggle with ramping up immunizations,” said Merkel.

Merkel is not running for a fifth term in a September election.