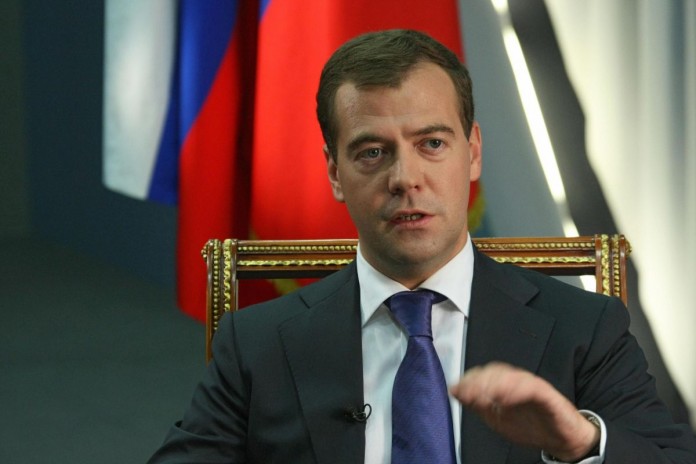 Medvedev: Ukraine is becoming a potential military enemy of Russia

Russia will react if Ukraine will give up its status as a non-aligned country, warned, in a Facebook post, Russian Prime Minister Dmitri Medvedev, informed the UNIAN News Agency on Tuesday.

The US President has signed an anti-Russian law, which allows any US President to use, at any given time, sanctions against our country. As in the case of the Jackson – Vanik amendment, our relations with the US will be poisoned for decades

„The Ukrainian President has sent to the Verkhovna Rada (unicameral parliament), a bill that provides waiver for the status of non-aligned country to Ukraine: in fact, an application for membership in NATO, turning Ukraine into a potential military enemy of Russia” claims the Russian PM, warning that “Both of these decisions will have extremely negative consequences. Our country will have to react to them”.

On December the 18th, Ukrainian President Petro Poroshenko submitted for discussion to the Verkhovna Rada a bill „regarding the implementation of amendments that provide waiver by Ukraine to its policy as a non-aligned country”.

Share
Facebook
WhatsApp
Telegram
Print
Email
Articolul precedentIohannis took the Presidential oath in the Parliament: I will be the President of all Romanians
Articolul următorÎnsănătoșiți sistemul! Mai am un aviator acasă!