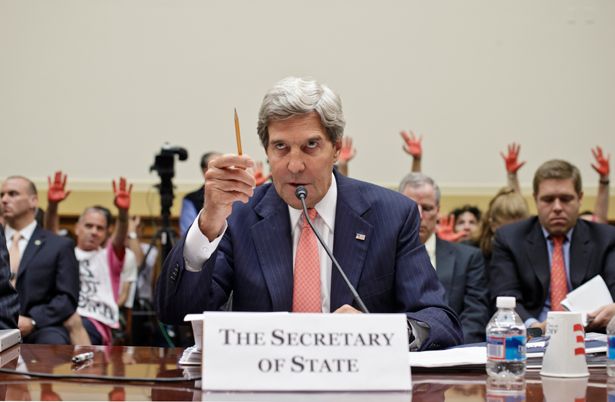 John Kerry asked the Congress to authorize war against the IS

The US-led international coalition has conducted, in Iraq and Syria, about 1.100 air strikes against IS group bastions

US Secretary of State John Kerry asked the Congress on Tuesday to authorize war against the IS in Iraq and Syria, a formal legal authorization after the war has already begun.

The head of American Diplomacy pleaded, in the afternoon, before the influent Commission of the Senate of Foreign Affairs for an “authorization to use military force” (AUMF – Authorization for Use of Military Force), AFP noted.

This “authorization, or AUMF, would give the President (Barack Obama) a clear mandate and the flexibility to continue the armed conflict against the IS and its affiliated forces”, Kerry asked. According to the US Constitution, only Congress has the right to declare war, but the Government has so far skipped this legal context, performing air strikes in Iraq and Syria against the IS based on the precedent AUMF. The first authorization was given after the attacks of 9/11 against Al-Qaeda, the Taliban and other “terrorist” groups and the second in 2002 for preparing the invasion in Iraq.

Kerry said bluntly: the Government “will continue” its military operations in case of the Congress’ refusal. “We have the authority under the 2001 AUMF” said the Secretary of State before the Senators, AFP also noted.

Since August, the US-led international coalition has conducted, in Iraq and Syria, about 1.100 air strikes against bastions of the IS group, the ultra-jihadist Sunni who control territories in these two countries.