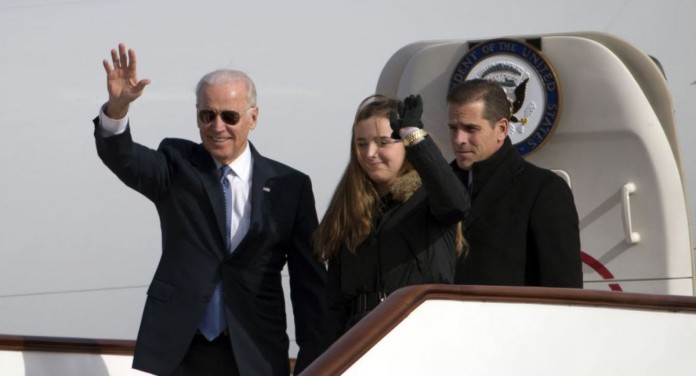 Joe Biden’s son, discharged from the American Navy because of drug use

Hunter Biden, the youngest of the Vice President’s sons, was discharged from the marine in February

One of the sons of American Vice President Joe Biden was discharged this year from the Navy’s reserve after he tested positive for drug use, announced the Wall Street Journal on Thursday.

Hunter Biden, aged 44, was appointed midshipman in 2013 and was working part time as a public relations responsible.

In June 2013, he was tested for drugs in his reserve unit up in Norfolk, Virginia (east). The result was positive for cocaine, the newspaper stated, citing sources close to the case.

The Navy declared for the newspaper that Hunter Biden, the youngest of the Vice President’s sons, was discharged in February.

It was the honor of my life to serve in the U.S .Navy, and I deeply regret and am embarrassed that my actions led to my administrative discharge. I respect the Navy’s decision. With the love and support of my family, I’m moving forward

According to the Wall Street Journal, Biden obtained two exceptions in order to enter the Navy – one because of his age and one because of a drug related incident from when he was younger.

Hunter Biden is a lawyer by profession. According to the newspaper, he is currently a partner in an investment firm.