Japan is commemorating four years after the devastating tsunami. Fukushima is „still a risk” 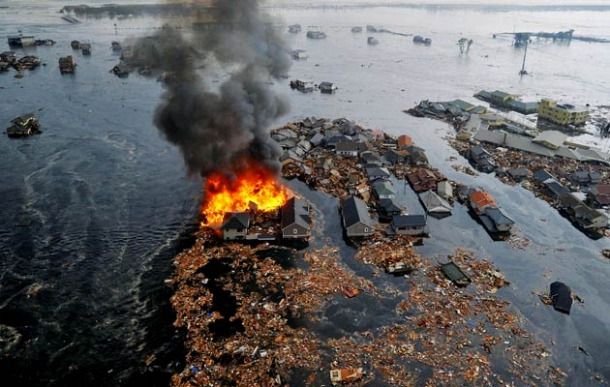 The Fukushima Plant is still presenting “many risks”, declared the President of the Nuclear Regulation Authority (NRA) of Japan, Shunichi Tanaka, on Wednesday, which marks four years since the tsunami that caused one of the worst nuclear accidents in the country’s history, EFE reported.

„There were some problems and accidents at the Fukushima Plant last year and we have to accept the fact that this arouses anxiety and anger among people in the area”, declared the President in an NRA meeting commemorating four years since the tragedy.

„There are many risks that could cause accidents and problems at the plant” admitted Tanaka, who asked the company that manages the complex, Tokyo Electric Power (TEPCO), to strive to improve security at Fukushima.

Two weeks ago, TEPCO informed about a new leak of radioactive water in the sea due to negligence. Also, the number of accidents involving the employees of the company rose, as the dismantling process, which will take between 30 and 40 years, has started to get complicated.

Approximately 18.500 people have died or went missing, 6.150 were wounded and 403.000 buildings were destroyed on the 11th of March, 2011, in Japan, following a 9 degree earthquake and the tsunami that followed it.