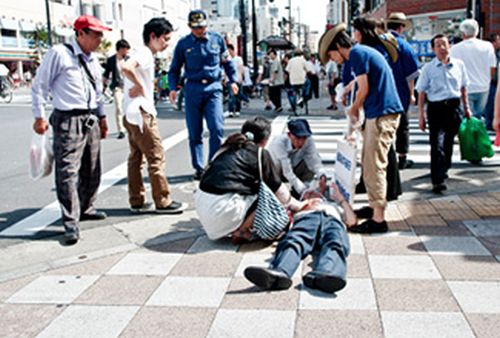 Japan: 3 people died and 1200 hospitalized due to the heatwave

The heat wave that has been affecting Japan from last week led to three deaths and hospitalized 1200 people, out of which 15 are in danger, on Friday alone, shows official data broadcasted on the NHK public TV, according to AFP.

On Friday, the temperature exceeded 35 degrees Celsius in the shade in many parts of the archipelago, sometimes reaching 39 degrees. The heat wave, unusual for this time of year, has increased in the last few days. Over 700 people received medical care on Thursday, after hundreds in previous days. The numbers show only the people that received care from ambulance personnel.

According to the disaster management agency, last week nearly 3200 people were hospitalized, out of which three have unfortunately died. The death toll amounts to 14 from the beginning of the season and it’s continuing to rise. Almost half of the cases that required medical attention where people over 65 years of age, a category that represents a quarter of Japan’s population.