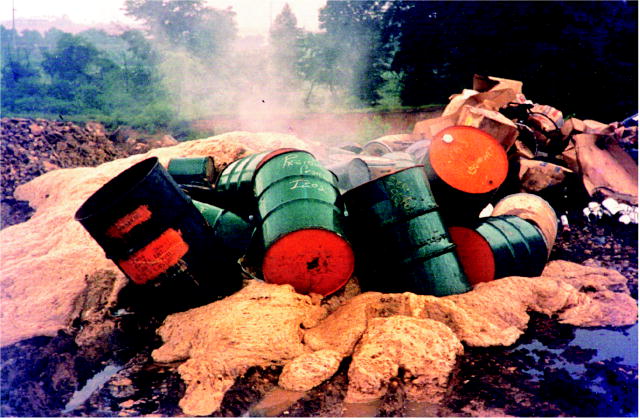 An illegal dump site, approximately 3km large, has been discovered in the north of Naples, Italy.

According to Euronews, a representative of the environment police had the following to say:

We found waste leaking back up to the surface from buried containers. Some of it was flammable. These are exceptionally hazardous and would have been expensive to treat first before being disposed of in the correct way. That’s why it was just dumped here.

The way they found it was by comparing recent pictures to ones taken in the 60’s. The comparison revealed a lot of ‘overgrown mounds’.

We used a drone and with shovels we discovered that the soil beneath the surface was blue or pink.

Residents are asking for an investigation that will determine what type of waste was buried there, and in what manner could it have affected their health.