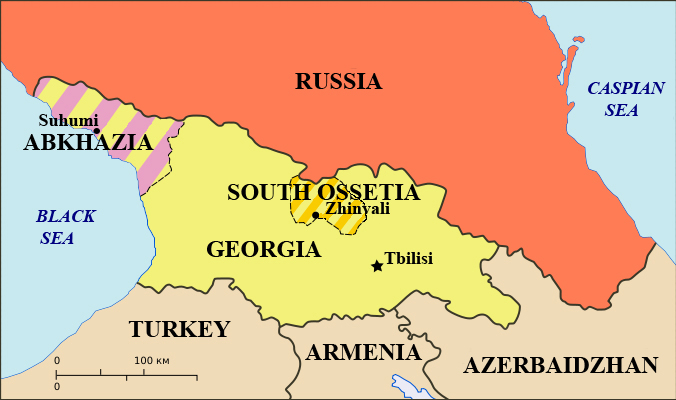 Is Russia trying to take South Ossetia as well?

An agreement signed on Wednesday between the two would say „probably”

An agreement was signed on Wednesday in the Kremlin that is alarming both the West and Georgia.

Putin’s move is considered yet another threat to regional stability and security.

The treaty merges South Ossetia’s economy, customs, military and security forces with those of Russia. The EU and the US will not recognize this “alliance and integration” agreement, because it seems to be “aimed at annexation”.

In 2008, Russia and Georgia were at war over South Ossetia’s and Abkhazia’s fates. The outcome was favorable to Russia, which now recognizes both regions as independent.

While the treaty was being signed, people were celebrating the one year anniversary of Crimea’s annexation. They were singing patriotic songs and holding banners which read “We are together” and “Crimea is ours”.

The West is becoming more and more concerned with Russia’s expansion, fearing that it will soon try to take control over regions of other former Soviet states.