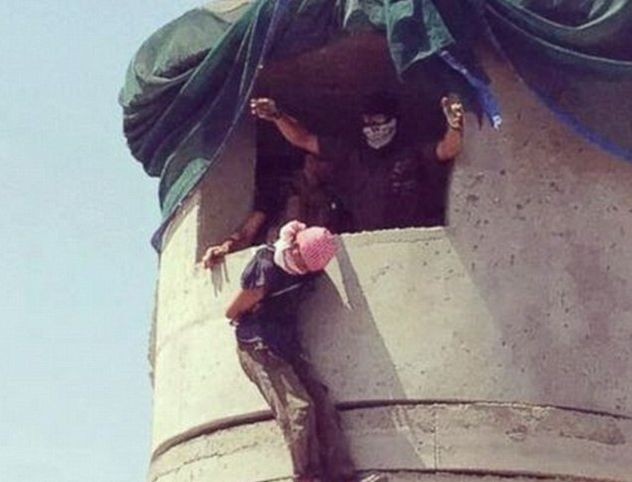 ISIS militants are being tortured, beheaded and thrown off of buildings by Iraqi forces

Numerous gruesome pictures of ISIS militants have appeared on an Instagram account. Allegedly, the jihadists were decapitated, mutilated and thrown off of buildings by Iraqi Special Forces, which were trained by the U.S. military.

Human rights representatives described these acts as ‘war crimes’. After a careful analysis of the images, it has been determined that they are, in fact, real, and not another ISIS propaganda.

A spokesperson of the Iraqi military stated that they don’t have anything to hide and that an investigation will take place following the brutal behavior of their units.

Shi’ite militia leaders formerly declared that the attack on Tikrit is their chance to avenge the horrible deaths of their brothers. As it can be seen, they kept their promise.