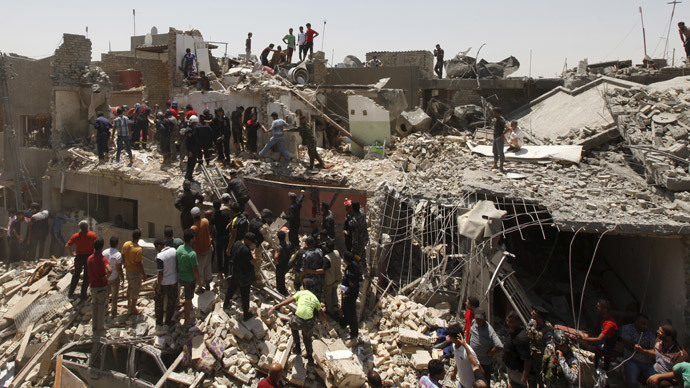 While bombing IS positions from an Iraqi Sukhoi warplane, one of the bombs that was supposed to be dropped got stuck in the plane. The pilot apparently tried six times to dislodge it, both manually and mechanically, but eventually gave up and headed back for the base.

While he was flying over Baghdad, the bomb got loose and fell on the houses below. At least eight people have been killed and 17 wounded.

The explosion destroyed several houses, including that of a 27-year-old interior ministry employee, Ali Jassem, according to Yahoo! News.

Iraq’s warplanes are getting old and have been used intensively in the battle against the Islamic State. Russia gave them Sukhoi Su-25 warplanes last year, and the United States have sold them 36 F-16s, but the latter have not yet been delivered.

The first part of the shipment has been sent to Arizona (US), instead. There, Iraqi F-16 pilots are training.