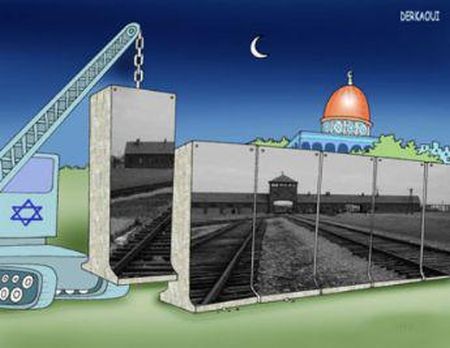 The Second International Holocaust Cartoon Contest will take place in May, in Tehran

The Holocaust is what people think of when they hear about World War II. It was a genocide that led to the deaths of approximately 6 million Jews, along with millions of gypsies, homosexuals, political opponents and many others. It is a wound still fresh in many people’s hearts.

The „event” is also raising concern due to the recent growth of anti-Semitism worldwide. The contest organizers stated that it will feature over 800 ‘art’ pieces, submitted from more than 50 countries.

Its sole purpose is to highlight the double standard toward freedom of expression, referring to the Charlie Hebdo incident. 10 journalists and two police officers were killed in an attack in Paris, on the 7th ofJanuary, 2015. The attack occurred due to recent ridicule directed at the Prophet Muhammad, as a freedom of speech manifestation.

It is the second time when such a contest is held, the first of which happened in 2006. The winner was a cartoon depicting a wall being set up around the Dom of the Rock mosque of Jerusalem, with a picture of a concentration camp appearing on the wall.

This is all happening amid talks about Iran’s nuclear program. On one side, Iran is saying that it is their right to have nuclear energy, and that it would be used for peaceful reasons. On the other hand, world leaders are suspecting that Iran is seeking the means of building nuclear weapons. And hosting the Second International Holocaust Cartoon Contest is not helping their international image too much.