Ion Iliescu at 85. What did Victor Ponta wish him for his birthday? 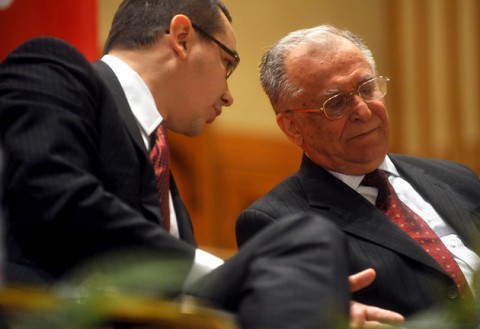 On Tuesday, former President Ion Iliescu is celebrating 85 years of age, being celebrated a day in advance by the party which he created.

According to sources from Ion Ilescu’s entourage, quoted by Mediafax, in the first part of the day he will stay at home with his wife, Nina Iliescu. In the evening he will attend a private classical music concert, organized in his honor by members of the Bucharest Club, of which he is a founding member.