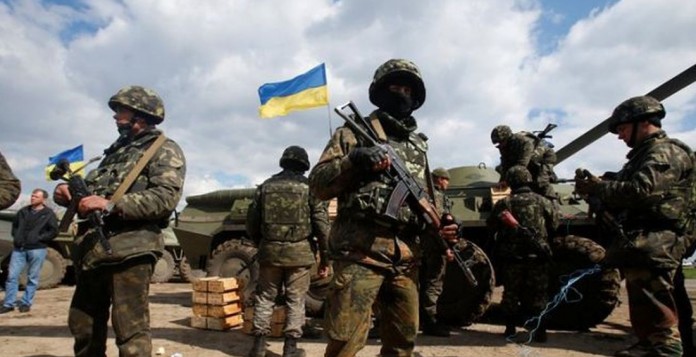 How can Romania take advantage of the Eastern Crisis?

Exports to Ukraine have increased by 40% in the first semester – industry, transport and commerce can find growth opportunities in the context of the Eastern Crisis

The volume of the exports of goods and services towards Ukraine has recorded an annual growth of 40% in the first semester, in the context of the deterioration of the commercial relations between Kiev and Moscow, generated by the armed conflict, and Romania could take advantage of this shift in long term, according to an analysis of the Romania – Ukraine Bilateral Chamber of Commerce Union (R-U BCCU).

Nasty Vladoiu, President of the CCIR-U, declared for Sursa Zilei that currently, a relocation of the Ukrainian companies which previously had activities in Russian territory is taking place.

Romania has a historic chance of tightening the bilateral economic relations with Ukraine, to filter out the profitable businesses. As Ukraine’s southern neighbor, Romania is the first gateway towards the EU and has several extra-value arguments: fluvial ports, access to the Danube, port at the Black Sea, opportunities generated by the Moldova Republic, market size and the status of transit corridor. In the conflict zone, they are trying to relocate the big companies and factories towards other protected areas. By cutting the trade flows with Russia, the companies in Romania have the chance to find a new market, and the business forecast is growing

An advantage of Romania is equipping the Galati and Braila ports with small gauge railways, specific to the former Soviet Union. In order to benefit of the fluvial corridor, a diplomatic dispute must be resolved: Romania does not allow Ukrainian flagged vessels to load and discharge in the Danube ports – the problem of the third flag. Kiev says that Romania is not respecting the international conventions.

Vladoiu says that Romania should give this right through a clear agreement, in order to boost trading. UDP, the Ukrainian state company in charge of navigation on the Danube, holds 91 vessels and over 500 barges, according to its own website. Regarding land transportation, solutions are being sought for a Poland – Ukraine – Romania land corridor.

This year, several furniture manufacturers, Gerovital (cosmetics), Siderma (textile), Electroarges (motors and appliances), Gemacon (bricks) and EcoHornet (boilers) have found a market in Ukraine. Amid the energetic blackmail exercised by Moscow, the most likely to find clients are the companies which offer alternative solutions.

„The Bilateral Chamber of Commerce plays a vital role, because they are sending us the offers, we close the circle. A chamber of commerce working with both embassies and organizing trade missions with businessmen can help companies act as ‘want it – hit it’ and not look chaotic. The chamber is an info point and, eventually, can help sign the contract. We are now focusing on the sectoral trade missions, usually incurred by a forum or a fair. For example, at BIFE (Furniture Fair of Bucharest) we brought a delegation of Ukrainian businessmen, who signed contracts”, Vladoiu added, who is also the President of the Bilateral Chambers of Commerce Union.

The statistical data, which comes from the State Statistics Service of Kiev, shows that Romania’s exports rose in the first semester by 40.5% to 442.98 million USD, and imports from Ukraine rose by 11.4% to 296.23 million USD.

According to the Romanian Ministry of Economy, on December 31st, 2013, in Romania there were 478 Ukrainian – Romanian joint enterprises, with a 12.7 million USD volume of investments from Ukraine.

The data of the Romanian Ministry of Economy shows that the volume of the exports towards Ukraine was at 457.8 million USD in the first semester, a decrease of 2.3%, which means that the major difference is in the reporting basis of 2013.

According to an analysis of the Bloomberg agency, the military conflict in Eastern Ukraine is strangling the links within the state’s economy. The main effects observed are:

Anastasiya Golovach, World Bank economist: „The interruption of economic relations and the damage in the infrastructure means that we are not expecting an economic recovery. At least in the first half of 2015, the GDP will continue to fall”.

Last month, Kiev gave the separatists control over two-thirds of the Donbas area, in the idea of creating a special status. The fighting continues, but in the Donetsk City area.