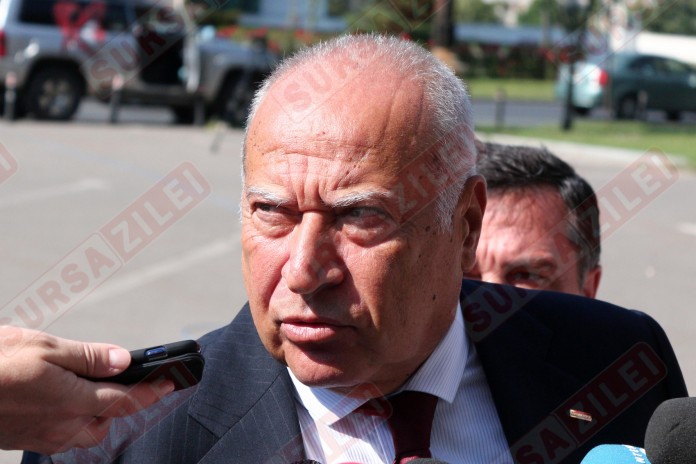 Grapini: Voiculescu’s conviction, an attack against the freedom of the press

The European Parliament was informed about the suspicions there are in Romania related to the trials judged on political considerations, as well as about the attacks against the freedom of the press.

Maria Grapini, MEP, made a statement in the plenary session of the European Parliament in Strasbourg  and raised awareness on the political trial which sentenced the founder of Intact Media Group , Dan Voiculescu, to ten years in prison. Grapini also pointed out the way the court confiscated goods owned by third parties who were not part of the trial and could not defeat themselves.

Dear colleagues, I would like to  draw your attention to solid suspicions, based on facts, with regards to  the existence of things as political trials  and the threat against freedom of the press in my country.
After the disclosures made at a television channel owned by the Voiculescu family, supported by video footage, about the President’s brother taking €250.000 bribe in order to reduce the sentence of a notorious convict, the trial of the media group’s founder, which had been pending before the cort of law for six years and had already been rolled out of any charges  was reinstated and judged in five days.
Unreasonable one day terms during the summer recess, with no admission of any of the 124 exceptions raised by the barristers or of the  independent expertize in the case, as requested by the Constitutional Court, led to the conviction of 12 persons amongst which prestigious scientific researchers.  The political man, founder of the media group which aired that particular news received the maximum  sentence of 10 years in prison.
Ultimately , an extended confiscation was imposed on third parties which were not part of the trial and could not defend themselves, resulting  into an economical strangulation of the television channel which revelead the story of the bribe.  This is how the freedom of the press is being threatened and the protection of civil rights is harassed