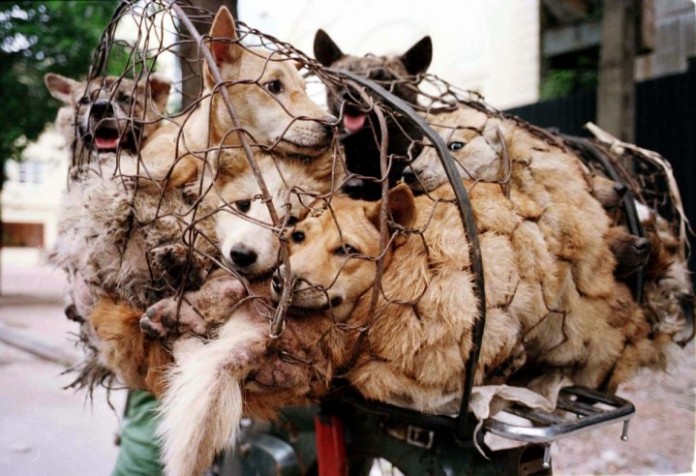 GRAPHIC IMAGES – 10.000 dogs are set to be slaughtered at the Yulin Dog Meat Festival 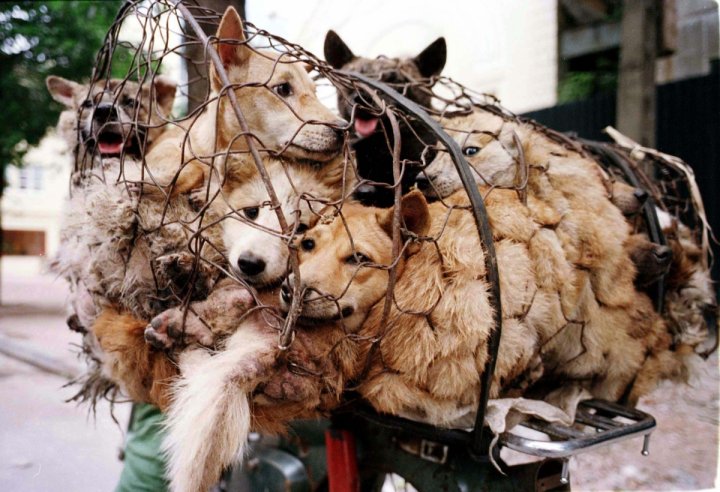 The Yulin Dog Meat Festival is a celebration of the summer solstice, which takes place in June. Approximately 10.000 dogs are killed and eaten on the street annually.

The cruelty of this festival is beyond imagination. The dogs are being kept in terrible conditions, tortured, beaten, and forced to live in crowded, small cages. Some of them are even boiled, burned, or skinned alive. Unfortunately, dogs are not the only victims of this gruesome celebration. Cats are also a specialty which can be found at the kiosks.

A number of activists are protesting every year. They can be seen buying the dogs from merchants in order to spare their lives, or marching on the streets with candles, chanting prayers. Some celebrities are also known for speaking against this festival. Among them are comedian Ricky Gervais and singers Richard Marx and Leona Lewis. The hashtag “#StopYuLin2015” is being used on Twitter in order to spread awareness.

An on-line petition has managed to raise approximately 850.000 signatures with the hope of putting a stop to the killings.

Even though the local government has banned the festival, slaughtering cats and dogs is not illegal in the area, so the event will continue unofficially.