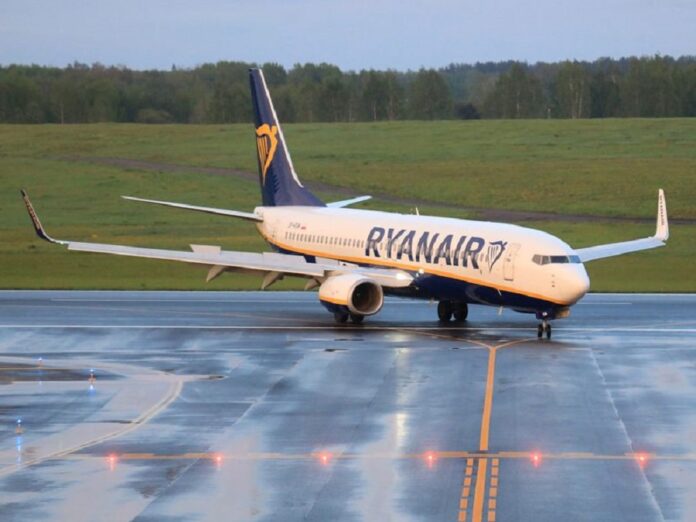 Europe has reacted with outrage on the forced landing of a Ryanair flight in Belarus, the European Council said that it will consider the consequences of this action on Monday evening at the EU summit, where leaders are due to discuss relations with Russia and Britain and will consider punitive steps against Minsk, according to Reuters.

Belarusian authorities scrambled a fighter jet and flagged what turned out to be a false bomb alert to force the civilian aircraft to land on Sunday and then detained an opposition-minded journalist who was among the passengers on board.

Belarus has been accused of “terrorism” after it forced a Ryanair flight to make an emergency landing in Minsk, according to The Guardian.

“The EU will consider the consequences of this action, including taking measures against those responsible,” said High Representative of the Union for Foreign Affairs and Security Policy, Josep Borrell.

Borrell said that the diversion of a plane owned by an EU company that was flying between two EU capitals was an inadmissible step and that it would be raised at the EU summit.

The European Commission President Ursula von der Leyen, tweeted on Sunday that “the outrageous and illegal behaviour of the regime in Belarus will have consequences”.

The EU has already imposed three rounds of sanctions on Belarus in response to last year’s contested presidential election there, and even before the Ryanair incident had been working on a fourth-round targeting senior officials.

Additional sanctions could now include suspending overflights of all EU airlines over Belarus, banning Belarusian airline Belavia from landing at EU airports or suspending all transit, including ground transit, from Belarus to the EU, according to an official for the bloc.