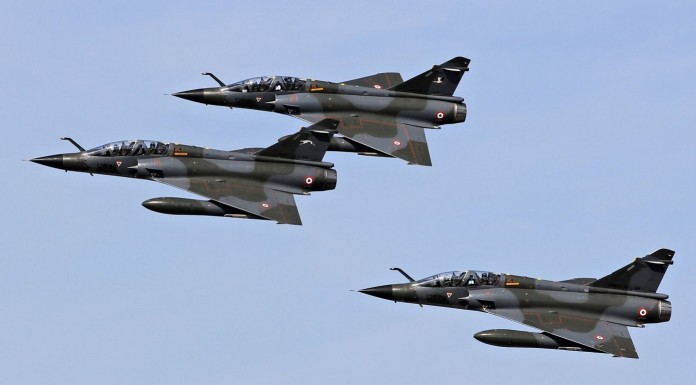 France has launched its first airstrikes against the jihadists in Iraq

Friday morning, France launched its first airstrikes in north-eastern Iraq, destroying a “logistics warehouse” of the jihadists of the Islamic State (IS), announced the Presidency from Paris, in a statement quoted by AFP.

This morning at 09.40 (07.40 GMT), our Rafale jets conducted the first strike against a logistics warehouse in north-eastern Iraq, belonging to the terrorists of the Islamic State. The objective has been achieved, the warehouse being completely destroyed. Other operations will follow in the coming days

French President Francois Hollande announced on Thursday, during a press conference, that he has authorized airstrikes in the fight against the jihadists of the Islamic State in Iraq, adding the fact that France will not send ground troops and will not intervene in Syria.

In response, President Barack Obama welcomed France’s decision, highlighting that a coalition against the jihadists is starting to take shape.