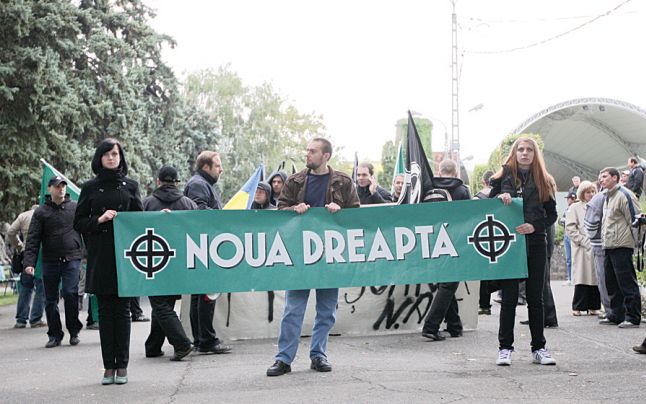 On Wednesday, Romanian President Klaus Iohannis signed off on a law that punishes the promotion of the fascist Legionnaire’s Movement and the denial of the Holocaust with up to three years of imprisonment.

The law also covers xenophobic, racist, and fascist organizations and symbols, and the promotion of people that were found guilty of crimes against humanity.

The denial of the Holocaust refers to the denial of Romania’s role in the mass killings that took place in the country between the years 1940 and 1944. During the pro-fascism regime of Marshall Ion Antonescu, approximately 11.000 Gypsies and 280.000 Jews were exterminated.

Active supporters of Corneliu Zelea Codreanu, founder of the anti-Semitic and ultra-nationalist Iron Guard, the New Right Organization (Noua Dreaptă) might face some legal problems starting this instant. They are known for openly speaking against homosexuals, Jews, Muslims, foreigners, and anything that they feel might pose a threat. Recently, they held a protest against the plan to build a Mosque in Bucharest, so that 1.000-1.500 of the approximately 60.000 Muslims residing in Romania could have a place to pray in peace.