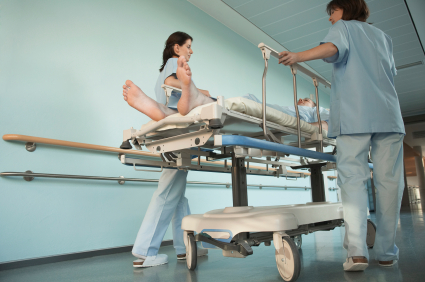 Romanian associations from Europe are asking the Government to pay the claims, the biggest of which are for medical facilities in Germany, Italy, Austria and France

The Federation of the Romanian Associations in Europe (FADERE) asked the Romanian Government to urgently pay the debt of 200 million euros to various European hospitals, pointing out that Romanian patients will not be treated anymore in medical facilities in Europe.

The Federation shows that more and more Romanians, who are suffering of severe diseases that cannot be treated in Romania, choose to have surgery abroad due to the more effective treatments, by accessing the C112 European Form (introduced in 2007).

Because of the debt which Romania has towards some European hospitals, they do not want to perform surgery or administer treatments until the National Health Insurance House of Romania does not transfer the amount required to cover the costs. According to the CNAS (National Health Insurance House of Romania), Romania has a debt of over 200 million euros, most of which is towards Germany, Italy, Austria and France