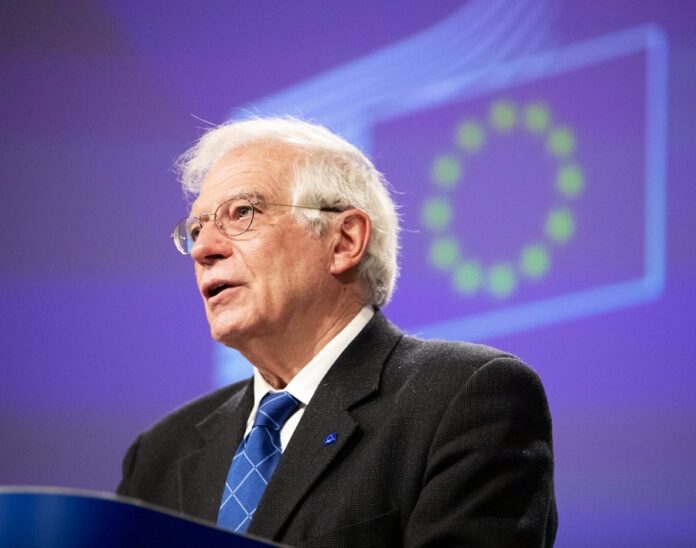 The European Union’s foreign policy chief Josep Borrell arrived in Ukraine on Tuesday in a show of support for Kyiv ahead of a week of intense diplomacy over a Russian military buildup near the former Soviet republic’s border, according to RFE/RL.

“With Russia’s increased military build-up, I am here to show EU support for Ukraine’s sovereignty and territorial integrity,” Borrell said on Twitter.

Borrell’s three-day visit comes amid Western concerns that the Russian buildup of around 100,000 troops near Ukraine’s borders could be preparations for a potential invasion, something Moscow denies.

Borrell told Poland’s PAP news agency that the purpose of his trip was to talk to the Ukrainians about their concerns and ways to address them. He said the current situation is a threat to the stability and security of Ukraine and the whole region and that it cannot be discussed “without all the relevant actors around the table.”

“The EU cannot be a neutral spectator in these negotiations if Russia really wants to discuss Europe’s security architecture,” stated Borrell.

“Ukraine and its allies are working on a comprehensive deterrence package against Russia,” Ukrainian Foreign Minister Dmytro Kuleba said after speaking to his British counterpart Liz Truss on Tuesday.

“Borrell will hold talks with Kuleba during his visit,” the Ukrainian Foreign Ministry said.

NATO announced it would hold a virtual meeting of foreign ministers from the 30 member nations on January 7 to discuss the crisis after Moscow demanded sweeping security guarantees from the United States and its allies. The meeting will be followed by talks between U.S. and Russian officials in Geneva on January 9-10 and a meeting of the NATO-Russia Council on January 12.

The talks between Blinken and the foreign ministers of the Bucharest Nine (B9) — Romania, Poland, Hungary, Bulgaria, the Czech Republic, Slovakia, Estonia, Latvia, and Lithuania — also touched upon “the need for a united, ready, and resolute NATO stance for the collective defense of Allies and transatlantic cooperation on issues of shared concern,” it said.