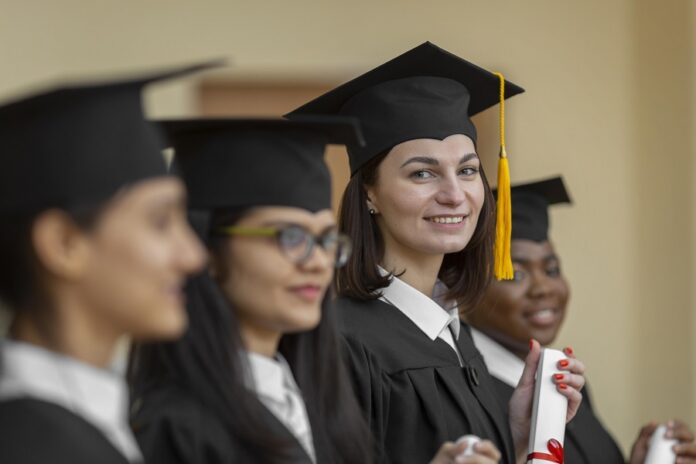 The European Union’s statistic agency Eurostat revealed that in 2020, over one third (35.6%) of migrants aged 25-54 who were born in another EU Member State had a tertiary level of education whereas the rate was lower for migrants born outside the EU (29.6%).

The data shows that Greece (11.5%), Italy (13.4%) and Slovenia (17.3%) had the lowest percentage of the non-EU population with a tertiary level of educational attainment.

According to the Eurostat report, the share of the tertiary-educated population living in their country of birth was 36.7% and among the Member States for which data are available for 2020, Poland’s migrant population aged 25-54 born in another EU Member State had the highest share of completed tertiary education (67.9%), followed by Estonia (65.0%) and Sweden (62.4%).

For the native-born population, the highest share of those with tertiary education in 2020 was recorded in Cyprus (54.3%), and the lowest share in Romania (21.1%).

The share of the population in the EU with tertiary education was higher among women than among men. 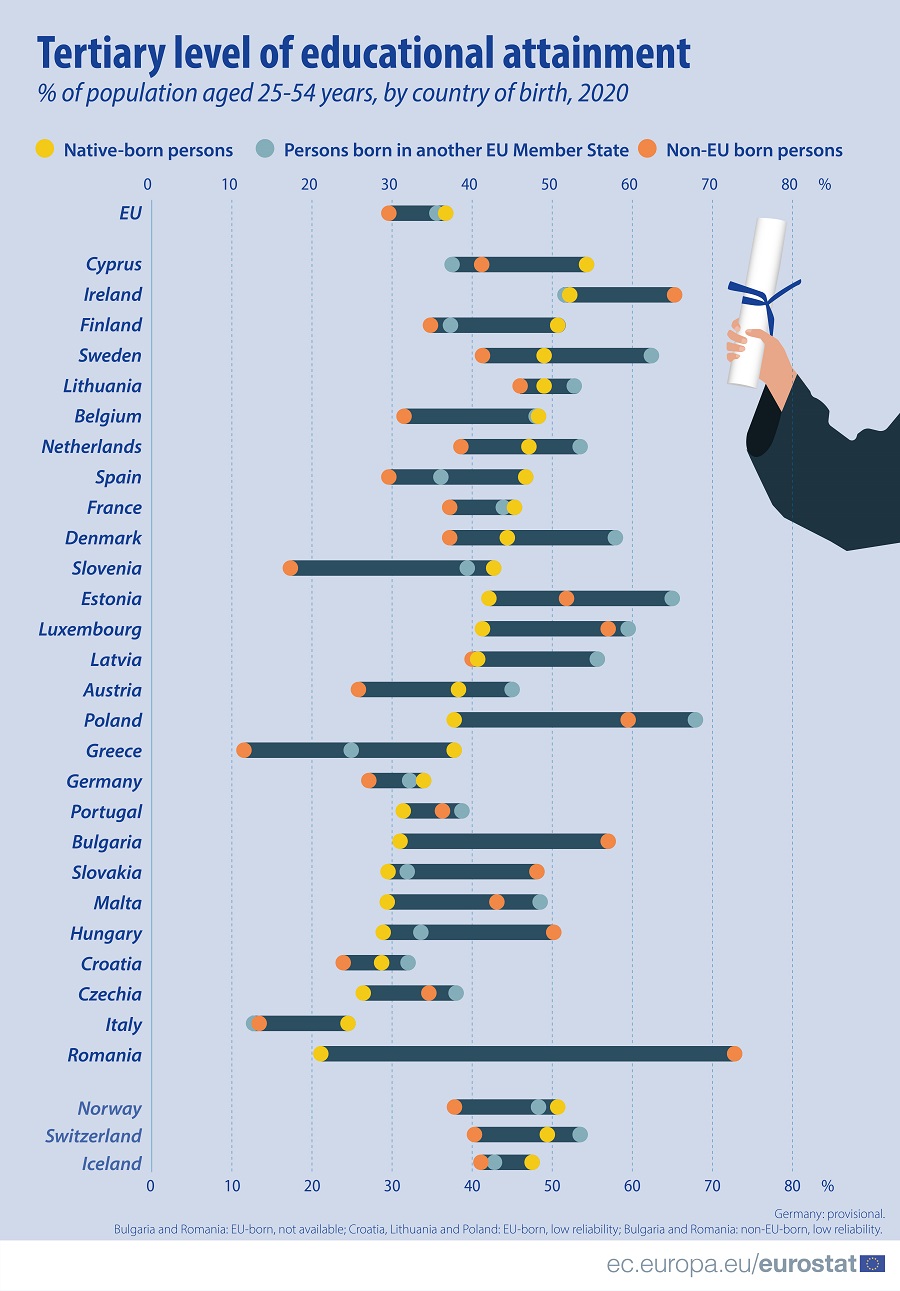