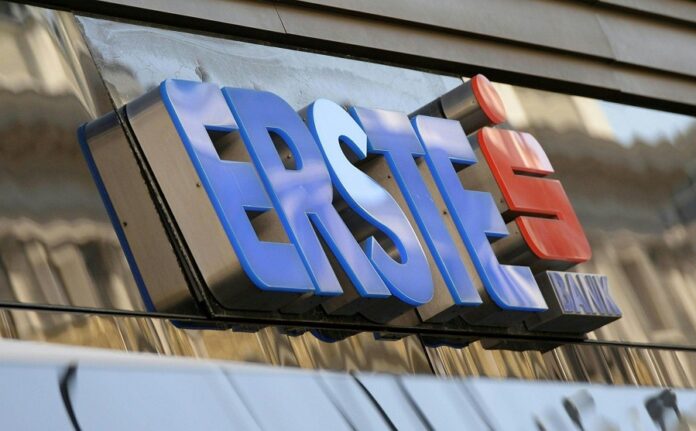 Erste Group stated on Tuesday that the flash Purchasing Managers’ Index (PMI) for May in the Euro Area brought positive news of the ongoing recovery in 2Q21 and that business activity grew at a brisk rate as economies continued to ease restrictions and opened up, according to a press release.

The composite index reached more than a 3-year high, climbing by 3.1 points to 56.9 and the German composite PMI index showed an improvement of 0.4 points as it reached a 2-month high of 56.2.

Erste Group explained that monthly improvements could be seen in services, where PMIs exceeded the 50-point threshold separating expansion from contraction.

“Even though manufacturing PMIs inched down somewhat this month, they were still visibly above 50, as they stood at 62.8 in the Euro Area and at 64 in Germany,” said analysts at Erste Group.

Poland’s extremely low base from 2020 pushed real economy data to an all-time high in April as retail sales arrived at 25.7% y/y and industrial production came in at 44.5% y/y.

Erste Group said the recovery should continue well in 2Q21, aided by the improving epidemiological situation and faster rollout of vaccines.

“Nevertheless, some supply-side bottlenecks and delays continue to cause headaches for producers such as chip shortages in manufacturing and higher factory gate costs,” said analysts at Erste Group. 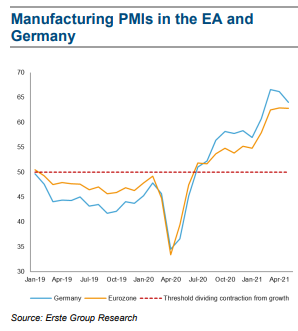