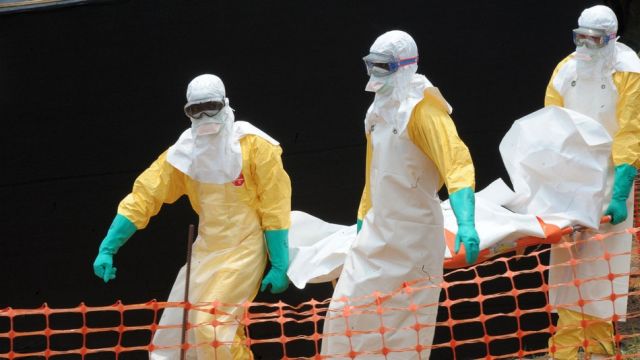 WHO estimates that the numbers of this total are underestimated

The number of deaths provoked by the Ebola hemorrhagic fever amounted to 5.420 in eight countries in Africa, out of a total of 15.145 people infected with this virus, according to the latest WHO total published on Wednesday and quoted by AFP.

The previous total of the World Health Organization, published on the 14th of November, was of 5.177 deaths and 14.413 cases. The new balance presents figures recorded up to the 16th of November.

WHO estimates that the numbers of this total are underestimated.

In Mali, the latest country affected by the virus, WHO reported 6 cases which caused 5 deaths.

The balance in Nigeria and Senegal has remained unchanged for more than 49 days, with 20 cases, out of which 8 deaths, in Nigeria and one case in Senegal. These two countries have been withdrawn from the list of where the epidemic is raging.

The total number of deaths among medical staff has worsened, with 329 deaths from 568 cases /324 deaths and 570 cases in the last total/. Several cases of contamination were removed from the balance.

Four cases have been recorded in the United States, but only one Liberian patient, who returned from his country, has died from the disease.

Spain recorded one case of Ebola contamination, a nurse who took care of two infected missionaries repatriated in Madrid, where they died in August and September. The nurse has since been declared cured of the virus.