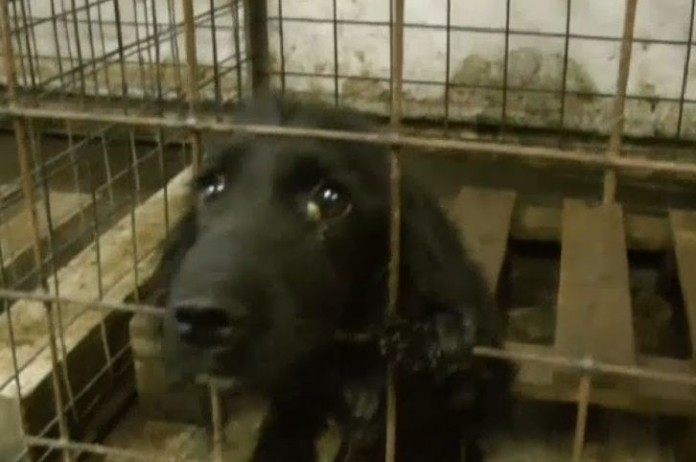 Dogs kept in extreme conditions in a public shelter in Romania. SHOCKING VIDEO

The report was presented by a German television

Journalists of a German TV station did a report about a public dog shelter in Slatina, in the Olt County (Romania). The images are shocking.

The German reporters discovered the extreme conditions in which the dogs that are gathered off the streets are held. They sit in filthy paddocks, full of feces, starved or left to die of diseases.

„Romania declared war on stray dogs. The authorities have to catch them and house them in shelters, but the conditions in there are catastrophic”, say the journalists of Das Erste: Mediathek.