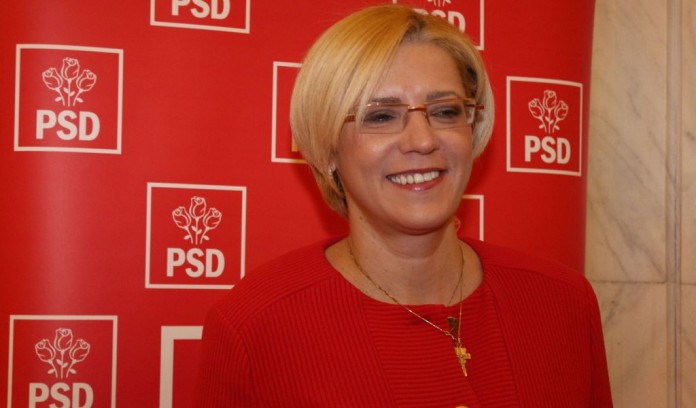 Corina Cretu will have a hearing in front of the European Affairs Committee of the Parliament next Monday at 14.00

Corina Cretu, proposed for Regional Policy European Commissioner, will have a hearing in front of the joint European Affairs Committees in a week, announced on Tuesday Senate President Calin Popescu-Tariceanu, after a meeting of the joint Permanent Bureaus.

The heads of both Chambers analyzed, during Tuesday’s meeting, a letter of Prime Minister Victor Ponta through which he informs on the assigning, in the European Commission, of the regional policy portfolio of Corina Cretu and requests her hearing in front of specialized committees.

At the end of the joint Bureaus’ meeting, Calin Popescu-Tariceanu mentioned that there were “some small discussions” on the subject and that Corina Cretu’s hearing will take place within one week.

He noted that just a single proposal may not be sufficient, given that in general, the Commissioner must enroll “in a regime that’s a bit more complicated”. Tariceanu said that, in this regard, on the level of the European Commission members, a balance and proportionality between politic groups and politic families of the European Parliament must be respected and also that a certain ratio between men and women representatives must be respected.

„There were two proposals; the Chairman accepted the proposal of Corina Cretu, Commissioner for Regional Policy, and starting now it is normal for the internal procedure to begin, meaning the hearing before the European Affairs Commissions of the two Chambers”, the Senate President continued.

Corina Cretu will have a hearing in front of the European Affairs Committee of the Parliament next Monday at 14.00.

Last week, the European Commission officially presented the components of the European Executive, proposed by Jean Claude Juncker, in which Corina Cretu is Commissioner for Regional Policy.