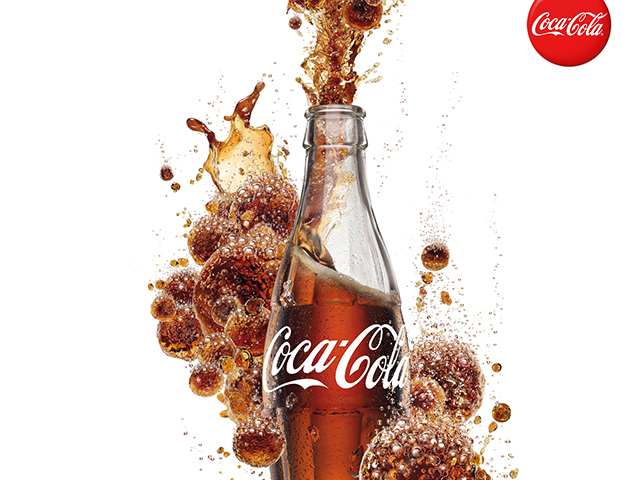 The world’s leading sugary drinks producer has been investing millions into ‘scientific research’ that states that obesity is caused by a lack of exercise, instead of a bad diet. Coca-Cola has been paying scientists to say this at medical conferences, through social media, and in medical journals, even though the scientific community agrees that the source of the calories ingested is a crucial factor.

Coca Cola, who spent $3.3 billion on advertising in 2013, pushes a message that ‘all calories count’; they associate their products with sport, suggesting it is ok to consume their drinks as long as you exercise.

However science tells us this is misleading and wrong. It is where the calories come from that is crucial. Sugar calories promote fat storage and hunger. Fat calories induce fullness or ‘satiation’.

The public health messaging around diet and exercise, and their relationship to the epidemics of type 2 diabetes and obesity, has been corrupted by vested interests. Celebrity endorsements of sugary drinks, and the association of junk food and sport, must end. The ‘health halo’ legitimization of nutritionally deficient products is misleading and unscientific. – Dr. Aseem Malhora, for the British Journal of Sports Medicine.

In a press statement for the New York Times, Coca-Cola talked about how they partner with nutritional experts who share their findings, be they positive or negative, with the public.

The giant is also funding a non-profit organization called The Global Energy Balance Network, which focuses on the fact that a healthy lifestyle is far more influenced by exercise, than by the intake of calories. They do not state that calories don’t count, but they understate their importance and instead try to draw attention on exercise, regardless of one’s diet choices.

The GEBN’s studies overstate the fact that scientific evidence linking obesity and diet ‘need further investigation’ and that ‘activity is the key’.

Some nutritionists have suggested that fructose, particularly high-fructose corn syrup, has played a significant role in advancing obesity and diabetes. The evidence supporting this claim, particularly for those consuming fructose in moderation and adjusted for total energy intake, however, is weak and needs further investigation. The worldwide rise in body weight is a serious problem that will have an increasingly negative effect on public health and will greatly increase the burden of weight-associated diseases if it is not urgently tackled. This rise is seen across all ages and cultures but the rapid rise in childhood obesity is particularly alarming. The cause of the problem is that too many people are in positive energy balance (consuming more calories than are expended) on too many days. Energy expenditure has been decreasing with increasingly sedentary occupations and leisure time. The more influential of the two sides of the energy balance equation is debatable, but attempts to impose large-scale change in the eating habits across entire populations and different cultures in pursuit of better health are likely to fail. Some individuals may be persuaded to restrict their caloric consumption in the short term but are unlikely to sustain it, especially at low levels of energy expenditure. Increasing energy expenditure therefore is key. Without such activity, attempts at reducing caloric intake are unlikely to be effective. – Study appearing on GEBN’s website

In some areas they are right. Physical activity plays a very important role in a healthy lifestyle, but so does diet. Dozens upon dozens of scientific studies affirm that your body is strongly affected by what type of calories you consume. A healthy lifestyle means meals based on lean proteins, vegetables, fruits, complex carbohydrates, no sugar, no white flour, and no processed foods. Because in the end, regardless of what you might think, or what huge corporations might want you to think, you are what you eat.