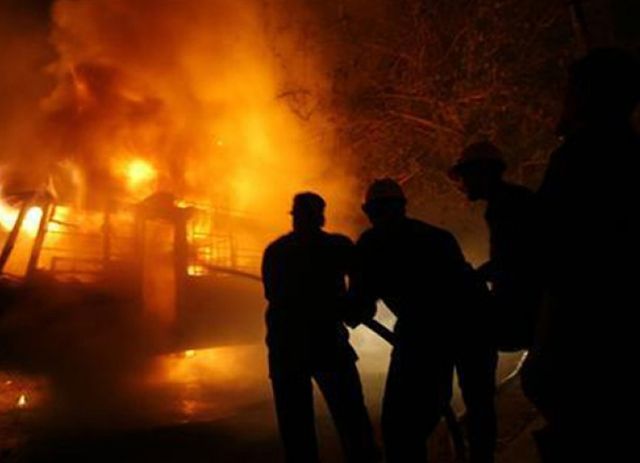 A band was celebrating their newest album at Club Colectiv in Bucharest. Hundreds of people, most of whom were teenagers, were attending.

The show involved pyrotechnics and the club’s walls, pillars and ceiling were coated with acoustic foam. Unfortunately, one of the pillars caught fire from a spark and it spread instantly throughout the venue. A witness declared that the attendees rushed towards the exit, literally blocking it.

Firemen evacuated the club and several ambulances arrived at the scene to transport the injured to the hospitals. The fire is still being fought with, and the firemen have joined the paramedics in trying to resuscitate the victims right on the sidewalks.

The number of victims has just reached 26 and is, unfortunately, expected to rise. We will return with more details.