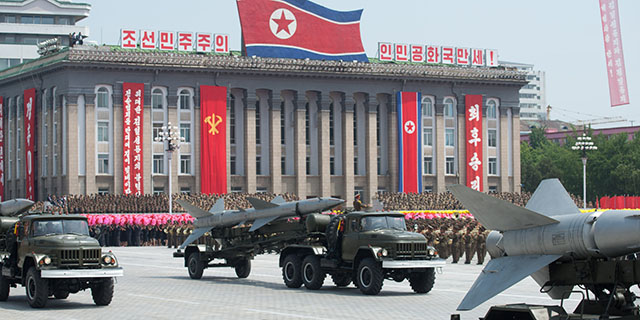 During a briefing with U.S. nuclear experts, Chinese experts stated that North Korea might be a much bigger threat than it was previously thought.

The U.S. was estimating that North Korea had between 10 and 16 nuclear warheads, but China believes that the number reaches up to 20. The worst part is that they think Pyongyang has enough weapons-grade uranium to double that number during the next year.

Recent research suggests that they have been able to build the centrifuges necessary for nuclear reactors as far back as 2009 and that there is at least one active uranium-enrichment plant. It is now thought that North Korea is able to mount a nuclear warhead atop of an intercontinental missile, believed to have a 9.000km range (enough to reach U.S.’ West Coast).

International sanctions did not stop them from building nuclear weapons, apparently. And North Korea is well-known for constantly threatening to nuke the United States of America, and South Korea.

The only slight relief about this story is that they probably did not get the chance to test the missile, yet.