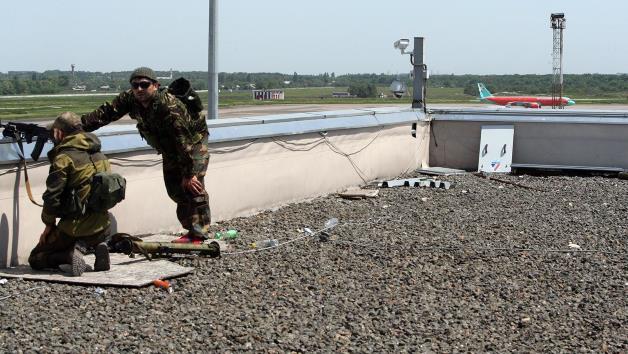 The ceasefire agreement from the 5th of September, between the Ukrainian army and the pro-Russian rebels in Eastern Ukraine, has been once again violated on Sunday near the Donetsk Airport, where heavy artillery shootings have been heard, according to AFP.

Despite the fact that, this week, Ukrainian President Petro Poroshenko has welcomed the “radical change” of the situation due to the ceasefire agreement, the two parties are now involved in shootouts in several districts of the Donetsk city.

Kiev and the West accuse Russia of playing an active part in supporting the separatist rebels, by providing weapons and soldiers, accusations which the Kremlin firmly denies.

On Saturday, the Ukrainian army announced that it had fought off an attack of the pro-Russian separatists on the Donetsk Airport, the night before.

On Friday at 19.30 local time, numerous rebels backed by six tanks launched an assault on the Donetsk Airport, which was heroically rejected by the soldiers

On the other hand, Ukrainian Prime Minister Arseniy Yatsenyuk declared on Saturday that Russian President Vladimir Putin’s goal is that of “eliminating Ukraine as an independent state” and restoring the Soviet Union.

The five months of armed conflict between the Ukrainian governmental forces and the pro-Russian separatists have led to more than 2.700 deaths.