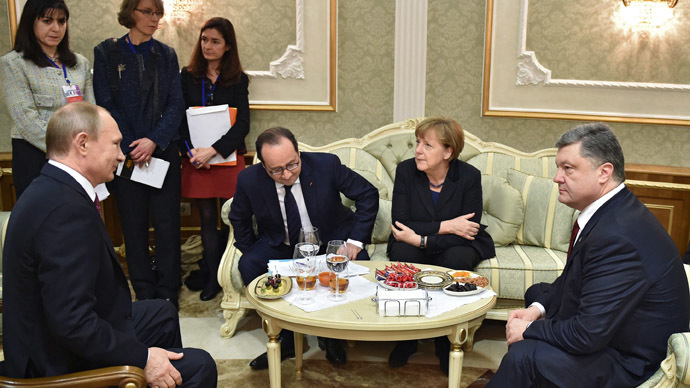 Ceasefire agreement in Ukraine from the 15th of February

Thursday in Minsk, Russian President Vladimir Putin announced that an agreement has been reached regarding the ceasefire in Ukraine, starting February 15th, at midnight (14th of February, 21.00 GMT), according to international press agencies.

„We have managed to reach an agreement on key issues”, declared Vladimir Putin, quoted by France Presse.

He also added, according to Reuters, that they reached an agreement on the withdrawal of heavy weapons. At the same time, the Russian leader said that Ukraine should reform the Constitution for the purpose of respecting the rights of the citizens in eastern Ukraine.

The Presidents of Ukraine, Petro Poroshenko, of Russia, Vladimir Putin, of France, Francois Hollande, and German Chancellor Angela Merkel continue negotiations in Minsk, in an attempt to find a political solution to the conflict of eastern Ukraine.