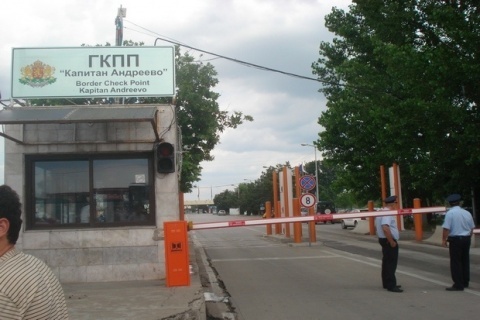 Bulgarian customs officers, indicted for taking bribes from drivers, including from Romanians

Dimitar Kolev, the Director of the Lesovo border crossing point, is also among those arrested

Seven customs officers from the Lesovo border crossing point in Bulgaria were indicted for taking bribes and being involved in a criminal organization, in a case were several foreign citizens had hearings, including Romanians and Moldovans, reported Bulgarian media on Tuesday, quoted by Mediafax.

During a major police operation on Saturday at the Lesovo crossing point, located on the border between Bulgaria and Turkey, 24 customs officers were detained on the suspicion that they were demanding money from drivers in order to avoid border controls.

Seven of the arrested customs officers were indicted, after which five were detained and two were paroled, according to the Novinite.com website.

Dimitar Kolev, the Director of the Lesovo border crossing point, is also among those arrested. He was detained on Saturday evening while receiving an envelope with 10.000 Leva (5.100 EUR) from a shift manager, Georgi Bahnev, also indicted in the case.

During a search at Kolev’s home, police found the equivalent of 82.000 Leva (41.000 EUR) in different currencies. Envelopes with money were also found in the homes of the other arrested customs officers, and at the Lesovo crossing point, hidden in secret compartments in the confiscated goods room. The total sum confiscated by the authorities currently amounts to 220.000 Leva (112.000 EUR).

According to some information, the customs officers were demanding bribes to the drivers who wanted to avoid controls, the sums ranging from 10 to 20 Leva (5-10 EUR) for cars and 100 to 200 USD for trucks.

Borislav Sarafov, the Deputy General Prosecutor of Bulgaria, declared that 14 witnesses had hearings in this case, including citizens from Romania, Moldova and Ukraine. They confirmed that they had given money in Leva, RON, EUR, USD or TL, informs The Sofia Globe’s website.