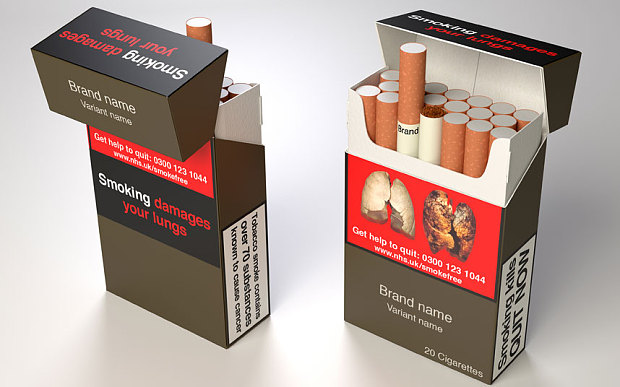 If the law passes, it will be in effect starting May, 2016

The idea behind this law is to highlight the health risks of smoking with graphic images, which will decrease the number of smokers.

The packs will all look similar: an image displaying smoking risks, a text explaining them, the brand and variant name, all in the same font and size. Logos and visual elements of the brand will not be allowed on the packets.

Tobacco companies are planning to take legal actions against this measure, because it violates both freedom of speech and the trademark law of the European Union.

Australia passed the same law in December 2012, and no difference was noticed on the tobacco market, except for the fact that the black market for cigarettes grew.