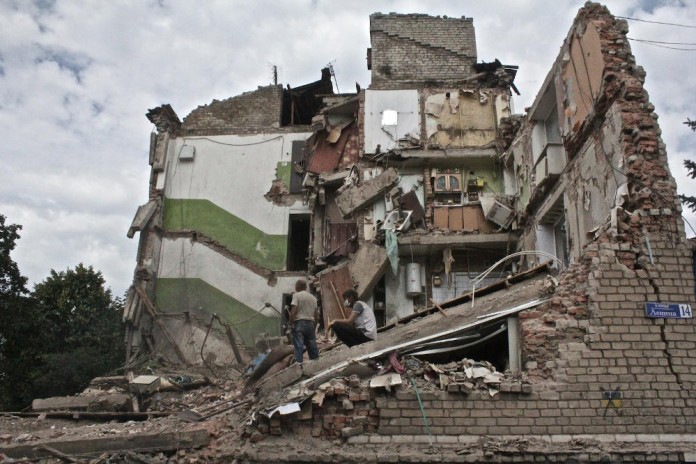 Bombings in Donetsk: Ten people were killed and nine wounded in the first day of the new school year

Ten people were killed and nine were wounded on Wednesday, in the Donetsk bombings, the pro-Russian separatists’ stronghold in eastern Ukraine, after a bus and a school were targeted by shells in the first day of the school year, said the regional administration, quoted by AFP.

Four people were killed and eight others were injured when a shell exploded near a school from the Kievski district, four kilometers from the Donetsk airport, the scene of violent clashes in recent days between the Ukrainian army and the pro-Russian insurgents.

Six other people were killed and one was injured in a bus targeted by a missile, declared the administration during a press release.

Previously, the Town Hall announced that six adults were injured after a shell landed near a school in Donetsk, in the first day of the school year. “The shell landed five meters from the school” and broke its windows. The children descended into a cellar. Six adults were injured, parents and teachers, one of whom is in critical condition, a source of the Town Hall told AFP.

Despite the ceasefire consolidated on the 20th of September during the negotiations in Minsk between Kiev, Moscow, the rebels and OSCE, the armed clashes continue with heavy weapons around the Donetsk airport, the main town under the control of the rebels.