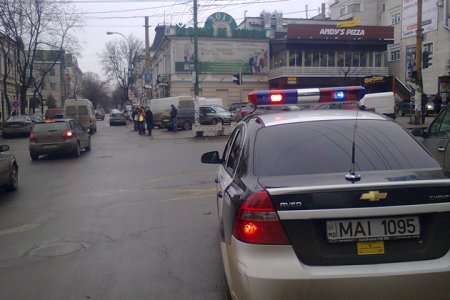 Bomb alert at two banks in the capital of Moldova. In the afternoon of the same day, the President of Romania was expected in Kishinev

The security services of the two financial institutions were informed that their headquarters would have bombs planted. The guards alerted, in turn, the administration of the institutions and the MIA (Ministry of Internal Affairs), which evacuated the area.

The police was alerted by the security staff of the two banks, who received mobile texts informing them that the headquarters of the two institutions had bombs planted inside. All verification procedures are to be applied. BombTeh engineers and a forensic team were sent in. We are waiting for their conclusion

Adrian Jovmir
spokesperson of the Municipality of Kishinev

On Tuesday and Wednesday, Romanian President Klaus Iohannis is taking an official visit to Moldova. The head of state has on his agenda discussions with his Moldovan counterpart, with the Prime Minister, but also with the leaders of the main political parties.