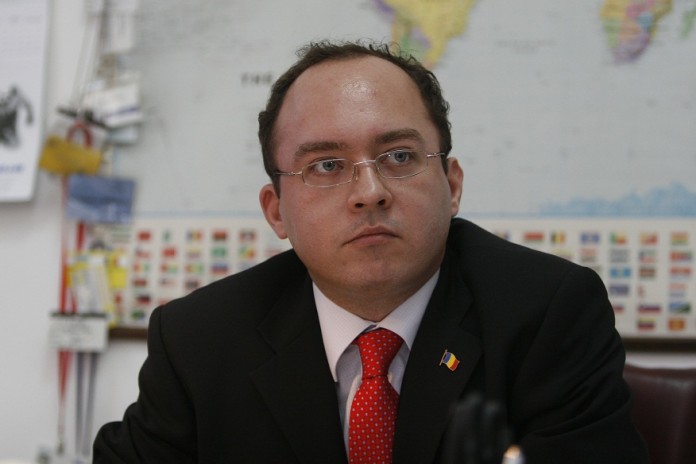 Bogdan Aurescu is the new Minister of Foreign Affairs

The proposal regarding Mihnea Motoc was withdrawn

Victor Ponta has withdrawn the nomination of Mihnea Motoc as Minister of Foreign Affairs. In his place, the Prime Minister proposed State Secretary Bogdan Aurescu.

Last week, Traian Basescu explained why he cannot sign the decree appointing Mihnea Motoc, although he agreed with the nominalization: „I decided to appoint the Ministers of Foreign Affairs and of Culture simultaneously. At this moment we are facing legal issues which must be carried out before appointing the Minister of Foreign Affairs. I discussed with Mihnea Motoc and I assured him of my support. He is an excellent ambassador and he will make an excellent Minister of Foreign Affairs. However, in accordance with art. 84, it must be taken into account that the government membership is not compatible with any other dignitary positions. So, now, Mister Mihnea Motoc is an ambassador. In order to eliminate the incompatibility, we must issue the decree of calling him from the position of ambassador. Immediately, we will publish his recall in the Official Gazette, after which we must publish the decree of appointment. I sent the decree draft to the Chancellery of the Prime Minister, who must countersign it”.