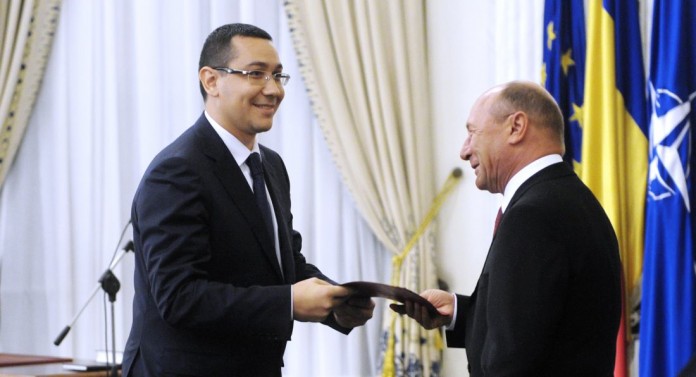 Basescu: I tricked Ponta with the cohabitation pact. It was just a political game

The President said that he had no choice, being faced with a 70% majority

President Traian Basescu has revealed, during an interview on B1 TV, that he tricked Victor Ponta with the cohabitation pact, which was only a political game.

Yes, I tricked Victor Ponta with the cohabitation pact. I had my back to the wall! We had a 70% majority which could have very well not even talked to me about appointing the prosecutors. I took advantage of Ponta’s naivety and lack of political experience and managed to negotiate

The President resumed again the topic of the publication of the discussions that took place at the Cotroceni Palace, behind closed doors, with Prime Minister Victor Ponta. “He’d better not insist for the recordings at Cotroceni to be made public, because you will see a servant! A servant! Just imagine Victor Ponta saying: Yes, Mister President! Of course, Mister President! He’d better not insist because I will make them public, at his request, and it will be much worse!” said Traian Basescu.