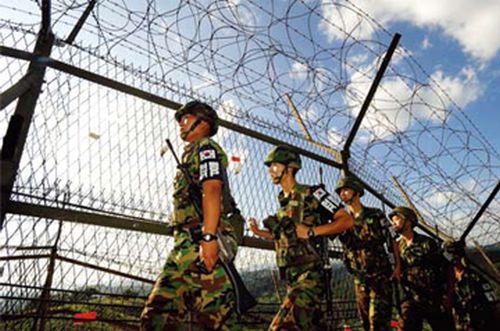 Armed incident at the border between the two Koreas

The incident occurred in the Cheorwon area, in the Gangwon province

Border police officers from South Korea fired warning shots on Sunday, while 10 North-Korean soldiers were approaching the line of the demilitarized zone between the two countries, according to the Yonhap agency’s website.

The incident occurred in the Cheorwon area, in the Gangwon province, approximately 90km north of Seoul.

The North-Korean soldiers did not cross the demilitarized zone’s line and did not respond to the warning shots.

Following the conflict in the early 1950s, the two Koreas only signed a truce, being virtually in a state of war.