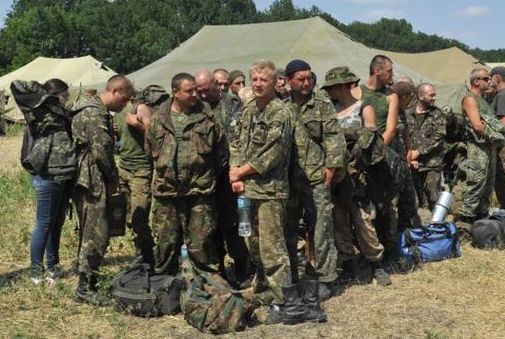 In these last two weeks, just four groups have managed to escape from the area blocked by the insurgents

Almost 3.500 Ukrainian soldiers, which were previously trapped during an operation at the border between the Lugansk region (eastern Ukraine) and Russia, are missing and probably no longer alive, declared for Ria Novositi a high ranked source of the Ukrainian Ministry of Defense.

„According to our statistics, 3427 soldiers are missing and probably no longer alive. There is no hope of finding the soldiers of the no. 72, no. 24 and no.51 motorized brigades alive, or the ones of the no. 79 airborne brigade and the 3rd regiment of the special army (spetsnaz)”, declared on Saturday, under anonymity, a high ranked Ukrainian official.

In these last two weeks, four groups consisting of 7 or 18 people have managed to escape the area blocked by the insurgents, he stated, adding that the military equipment left on the battlefield by the Ukrainian army was, most likely, captured by the insurgents.

„In these last two weeks we noticed a high number of armored cars for the transportation of troops and battle tanks, with Ukrainian symbols and number plates, heading for Donetsk and Shakhtarsk”, he added.