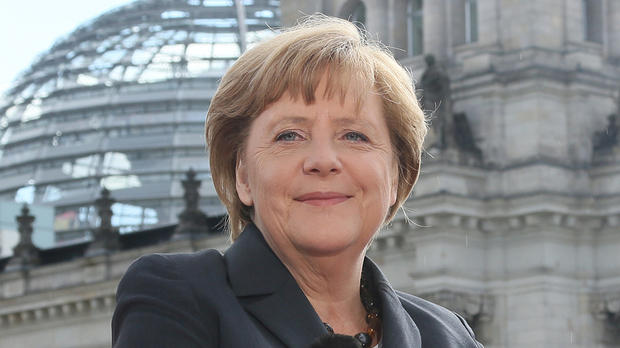 Chancellor Angela Merkel recently visited a school in the city of Rostock and talked with a group of students aged 14 to 17. Among them was a teenage Palestinian girl, whose family arrived in Rostock in 2011, from a Lebanese refugee camp. The little girl confronted Mrs. Merkel about the fact that she and her family might get deported from Germany and she wanted to know why must this happen.

“I have goals like anyone else. I want to study like them. It’s very unpleasant to see how others can enjoy life, and I can’t myself” said the little girl.

The Chancellor did her best to explain the situation, but the girl started to cry, at which point Mrs. Merkel went to her and tried to console her.

Germany’s refugee situation is getting worse by the minute. They have already received 450.000 asylum applications since the start of 2015. The grand total for 2014 was just around 225.000. Just last week alone, 5.000 people arrived from the Balkans “and most of whom have just been dumped at the side of the road by people smugglers. We have to find suitable accomodation for all of them”, said Chancellor Angela Merkel.