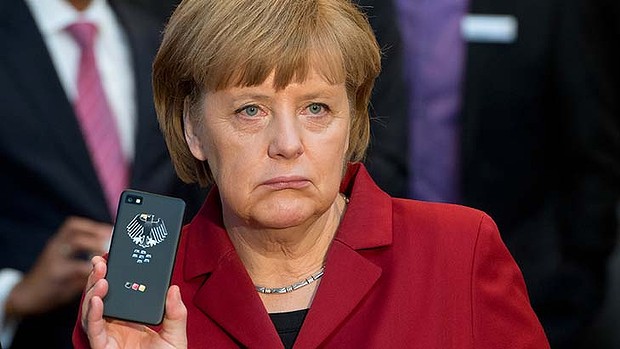 BlackBerry smartphones, equipped with Secusmart technology were provided to German ministries and administrations, and their officers, including Chancellor Angela Merkel

According to AFP, Canadian company BlackBerry is about to buy Secusmart GmbH, a German company that offers solutions for securing telephone communications to enterprises, administrations and governments.

Among Secusmart’s clients there are German government telephones, including that of Chancellor Angela Merkel, but also NATO devices.

In October 2013, Edward Snowden’s disclosures about the widespread interception system of the American Intelligence Agency, NSA, showed that Chancellor Angela Merkel’s phone had been tapped.

BlackBerry and Secusmart have already collaborated on an “innovative technology” for clients interested in telephone security solutions.

According to a statement issued by BlackBerry, the German Agency for the Security of Information used Secusmart technology to equip the BlackBerry devices of the German Government officers.

Through this partnership, the two companies have “provided BlackBerry smartphones, equipped with Secusmart technology, to a significant number of German administrations and ministries, and their officers, including Chancellor Angela Merkel”.

BlackBerry has indicated that this acquisition, whose worth was not disclosed, is subject to an agreement with the regulation authorities.