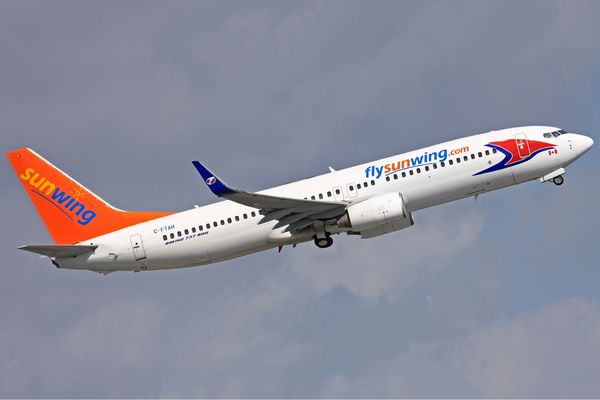 The crew followed standard procedures and the plane was diverted from the route, turned back and landed in Toronto

On Wednesday, an airplane belonging to the Sunwing company, which was on route to Cuba, had to turn back and land in Toronto escorted by two F-18 fighter jets, because of two inebriated women that were “out of control”, AFP informs.

Locked in the airplane toilet, “the passengers consumed a pretty significant amount of alcoholic beverages which they purchased from boutiques in customs” and “lit a cigarette, triggering the smoke alarm”, said Janine Chapman, Sunwing’s Director of Marketing.

Subsequently, the two began to fight each other and made threats against the aircraft, threats that were “not credible, given the state that they were in”, Chapman stated in an e-mail.

The crew followed standard procedures and the plane was diverted from the route, turned back and landed in Toronto.

The North American Aerospace Defense Command (NORAD) sent two Canadian F-18 fighter jets from the Bagotville base, approximately 200 km north of Quebec, to escort the plane that had tourists on board that were headed towards the beaches of Veradero, Cuba.

„After the plane landed safely, the two Canadian fighter jets returned to base”, NORAD announced in a statement.

The two passengers were arrested and placed in custody, Chapman said.

The plane and tourists took off again on Wednesday evening from Toronto with a new crew and the Sunwing company apologized for the incident.