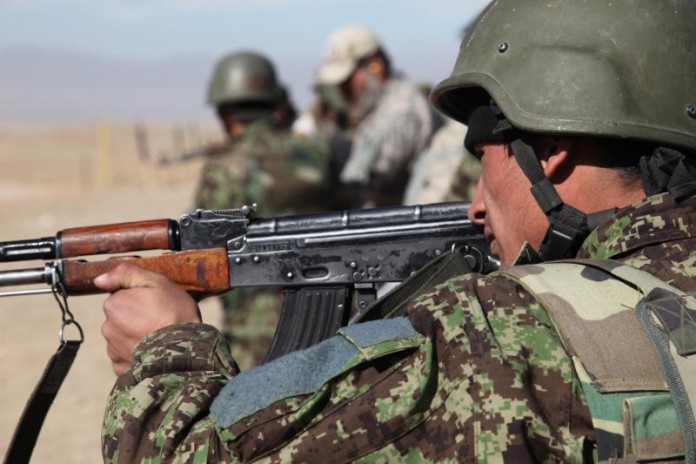 An Afghan soldier opened fire on US soldiers

One US soldier was killed and several others were wounded

This all happened on Wednesday, at a U.S. Embassy, after an official meeting between the provincial leaders. It was the first “insider-attack” directed towards NATO since the beginning of the year. The staff members of the U.S. Embassy were unharmed.

A soldier of the Afghan army opened fire on U.S. soldiers the moment after the officials left. He was killed by the American troops. He was lately identified as Abdul Azim.

It is not the first time when Taliban insurgents wear official uniforms in order to attack international troops. A similar attack took place on the 29th of January, when an Afghan soldier shot and killed two American contractors.

General John F. Campbell, U.S. and NATO forces commander in Afghanistan, stated two months ago that measures were taken in order to avoid insider attacks. The threat of such attacks was reduced, but obviously not eliminated.

Josh Earnest, Press Secretary at the White House, said they will continue to work with the Afghan Government and with President Ashraf Ghani for the pursuit of ending the conflict, but that Afghanistan, nonetheless, still represents an unsafe environment.