Britain’s Defence Minister Ben Wallace said on Friday that Al-Qaeda is likely to have a resurgence as Afghan regions fall to the Taliban.

“It’s why I said I felt this was not the right time or decision to make,” Wallace added, referring to the withdrawal of American and allied troops from the country. “Because al-Qaeda will probably come back.”

The embassy has been urging American citizens to leave the country immediately, as the Taliban continues to make rapid moves to regain the power it lost to US-led forces and most British troops left Afghanistan last month, but around 600 will be sent to the country to help British nationals leave.

Since the US began winding down its Afghan operation, the Taliban which seeks to enforce an austere version of Islamic law has been seizing new territory on an almost daily basis.

The Taliban, which has taken control of more than a dozen of Afghanistan’s 34 provincial capitals since August 6, now controls more than two-thirds of the country. On Thursday, Herat, the country’s third-largest city fell to the Taliban, followed by the second-biggest city Kandahar.

The Taliban’s rise to power in the 1990s assisted with the growth of al-Qaeda, the terror cell that emerged in the same decade and was provided with a base by the Taliban to plan the Sept. 11, 2001, attacks. The attacks prompted the initial U.S. invasion of Afghanistan nearly 20 years ago.

US officials told NBC News on Wednesday that they were worried about the potential resurgence of al-Qaeda in Afghanistan.

Last year, former US President Donald Trump made a deal with the Taliban that he claimed would bring peace to Afghanistan after almost two decades of war. On Friday, the UK’s Wallace slammed that agreement as “a rotten deal.” 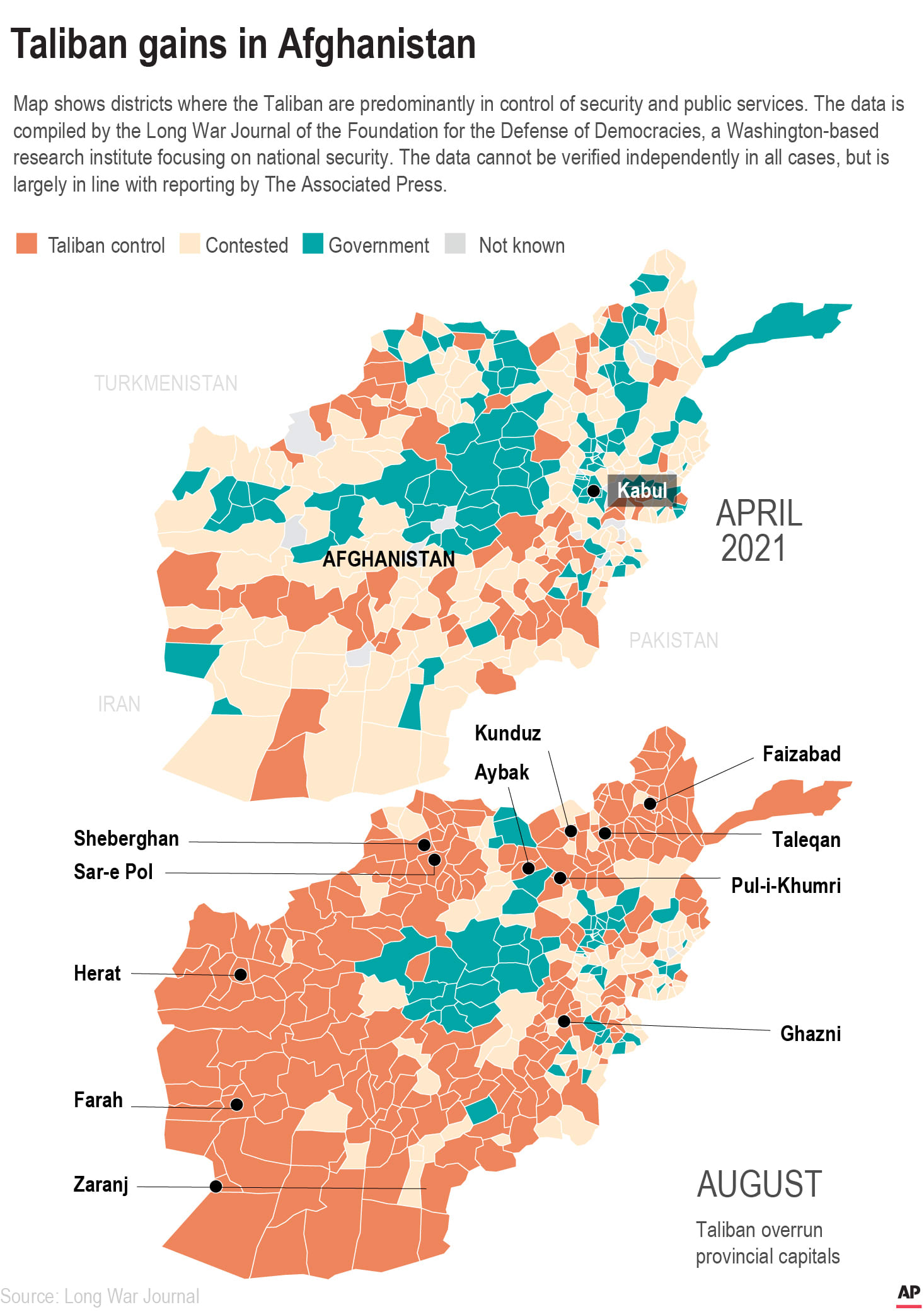