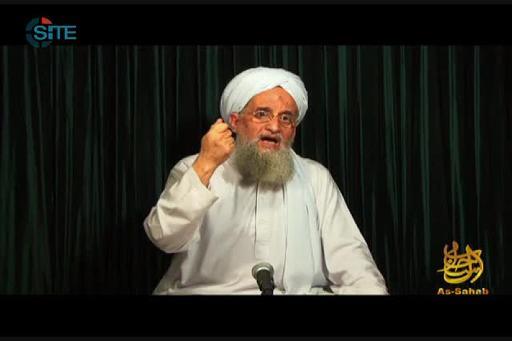 Al-Qaeda in Yemen has claimed responsibility for the Charlie Hebdo attack. VIDEO

The message states that the order was given by Ayman al-Zawahiri, inspired by Osama bin Laden

The Al-Qaeda in Yemen terrorist organization claimed responsibility for last week’s terrorist attack at the Charlie Hebdo editorial, in a video posted on Wednesday.

„They were recruited as heroes and they acted, they promised and kept their promises, to the great satisfaction of Muslims”, declared Nasser Ben Ali al-Anassi, one of the leaders of the Al-Qaeda in the Arab Peninsula (AQAP).

He was referring to the Kouachi brothers, French citizens of Algerian origin, who committed the attack in which 12 people have been killed.

„We want the Muslim nation to know that we chose the target, we financed the operation and recruited its boss. The operation was carried out on the orders of our general emir Ayman al-Zawahiri, in accordance with the posthumous will of Osama bin Laden”, added al-Anassi.

Cherif and Said Kouachi were killed on Friday by the police, after they had taken shelter in a printing company in northeastern Paris. Cherif Kouachi declared that he was following AQAP orders and Said participated in Al-Qaida training in Yemen, according to information by the special services.