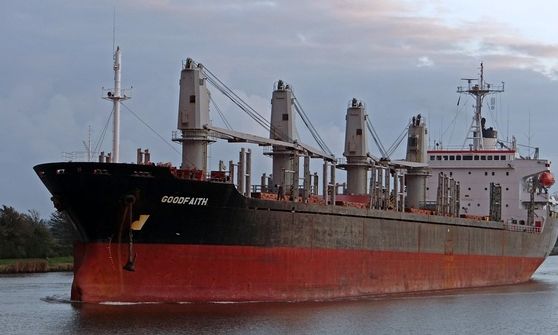 A ship with 22 sailors on board, including a Romanian, sunk in the Aegean Sea

A cargo ship on which a Romanian was also on board sunk on Wednesday in the Aegean Sea. Greek authorities intervened to save the crew and to stabilize the ship.

According to the Ekathimerini publication, quoted by Mediafax, Greek authorities intervened near the Andros Island and saved at least 18 crew members of the Goodfaith cargo ship.

The Cyprus-flagged ship, which left for Odessa (Ukraine) from the port of Elefsina (Athens region), sunk on Wednesday morning near the Andros Island. The captain announced that the ship began taking water.

Eighteen of the 22 crew members were rescued with Super Puma helicopters, belonging to the Greek Air Force.

According to the AP Agency, the crew consists of 21 Filipino sailors and a Romanian one.