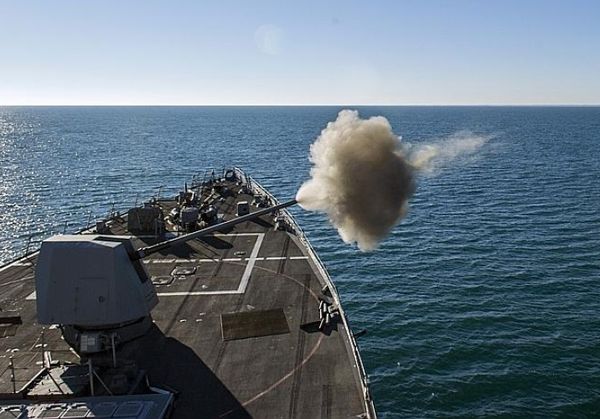 On Tuesday, an Osa-M Ukrainian rocket created an unforeseen situation during the maneuvers in the Black Sea, in which a number of NATO member countries and Ukraine (Sea Breeze) are participating, reported on Wednesday Ria Novositi, quoting Ukrainian and Russian mass-media.

A rocket shot by the Ukrainian Ternopol Destroyer fell into the water, surfaced and headed for another vessel, which it fortunately did not reach.

This episode was filmed and posted on Youtube by Ukrainian sailors, apparently to demonstrate that the current state of the Ukrainian army leaves much to be desired, according to the Kanal 5 television station.

As seen in the video, the rocket suddenly fell into the water, changed its trajectory by 90 degrees and flew towards the Canadian Toronto frigate, which it fortunately missed. Only by luck, any major damage and possible victims were avoided, writes the Ukrainian on-line publication Time-News.

The Sea Breeze 2014 naval maneuvers have started on Monday in the north-western part of the Black Sea, with the goal to achieve training programs for establishing and maintaining safe navigation in a crisis area.