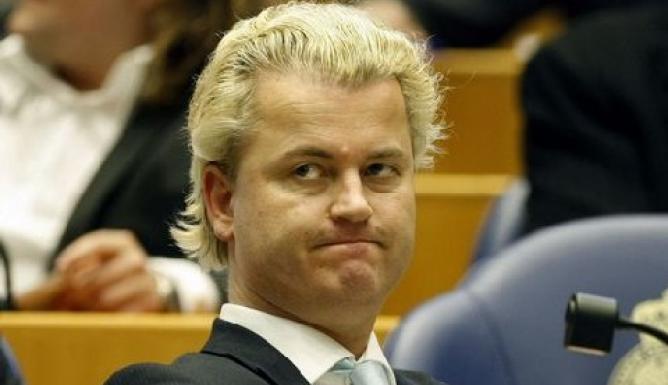 Greet Wilders, the leader of the Party for Freedom (PVV), a Dutch far-right political party, has broadcasted a slideshow of cartoons featuring the Prophet Mohammad on Dutch national television. He called it a “freedom of speech” action, and it was accompanied by piano music.

The cartoons were the ones that appeared in the exhibition that took place in May, in the USA. He attended said exhibition, and moments after he left, the event was attacked by two extremists, who were eventually shot dead. The attack was claimed by the Islamic State.

Wilders stated that he was “forced” to show the caricatures on TV, because he was denied the “right” to host such a similar exhibition in the Netherlands.

The only way to show terrorists that they are not going to win is to do exactly what they do not want us to do. I do not broadcast the cartoons to provoke; I do it because we have to show that we stand for freedom of speech and that we will never surrender to violence. Freedom is our birthright. Freedom of speech must always prevail over violence and terror – Greet Wilders, according to RT.

Dutch embassies were precautious, preparing speeches which stated that the broadcast was Widlers’ alone, and that the Dutch Government does not approve of such actions.

Aissa Zanzen, of the Council of Moroccan Mosques in the Netherlands, has criticized Wilders, stating that “Wilders is out to provoke Muslims and he has done everything he can to do that”.