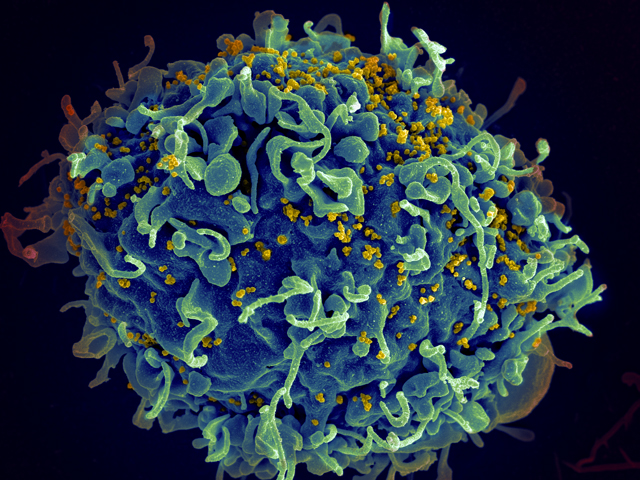 A breakthrough has been made in HIV research

The human immunodeficiency virus, commonly known as HIV, is the virus that causes AIDS (acquired immunodeficiency syndrome) and HIV infection. They both lead to a slow but certain failure of one’s immune system. If they do not seek treatment, an infected person’s life expectancy ranges from 9 to 11 years. Nowadays, administering proper treatment gives a person around 55 years to live, about 20 years longer compared to the year 2000.

A breakthrough in the research of HIV has been made at the Ben-Gurion University of the Negev, in Israel. A team of scientists have discovered similarities between leukemia and HIV. Dr. Taube, one of the members of the scientific team, stated that this discovery “will lead to a revolutionary diagnosis and will be the key to the clinical solution that will prevent infection with HIV and will destroy the deadly virus”, according to i24news.

AIDS can be treated using antiretroviral drugs, which are now much cheaper. The $14.000 treatment in the year 2000 now costs around $100. Furthermore, a target of 15 million people having access to the drugs had been set for the end of 2015. It has already been met since the beginning of March.

But the spread of the HIV virus is still a problem. More and more people continue to get infected every year, and that number will not stop increasing. This is because an HIV vaccine does not currently exist.

Latent HIV viral particles are not affected by antiviral drugs. They can easily continue to infect cells and spread, because of the fact that they lack an immune response.

Like what happens in the AIDS virus when it enters the chronic state, similar mechanisms of reproduction control the expression of genes responsibility for the development of hematopoietic stem cells […] The study is based on the supposition that harming the mechanisms of expression and reproduction of the viral genome is responsible for the accumulation of the latent virus and the chronic condition of the disease – Dr. Ran Taube

The research team’s goal is finding a way to activate the virus and the antiviral suppressors at the same time, so that the latter can destroy the former.