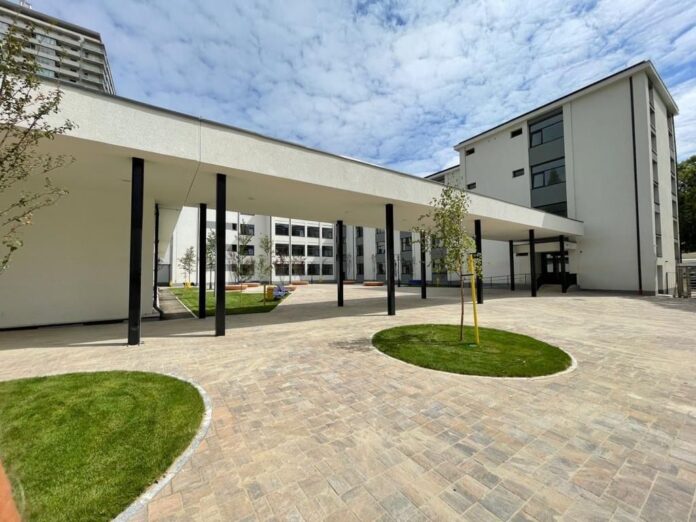 An educational campus set to host pupils from kindergarten to high school opened in Bucharest’s District 4. The project was backed by an investment of RON 54 million (EUR 10.9 million), funding granted through the Regional Operational Program 2014-2020. The District 4 authorities contributed RON 15 million (EUR 3 million.

The 1,245 sqm campus, located on the premises of the Dacia Technological High School, includes several buildings with 22 classrooms, five workshops, and four labs.

The building of the high school was refurbished, and two dormitories with a capacity of 75 rooms were built, the District 4 City Hall said.

The campus also includes a 570 sqm renovated sports hall and a multifunctional hall with a capacity of 400 seats, that can host recitals, theater performances or film screenings.

Two outdoor sports fields are also available, as shown in the pictures posted on Facebook by the mayor Daniel Bălăuță.

Works on a new kindergarten, also inside the campus, are underway.